A downloadable game for Windows and macOS

I remember somehow stumbling onto these as a kid with my infinite internet access, replaying these is like looking through old photos and remembering bits and pieces. Amazing art and games that hold up, even 20 years later! 9 year old me enjoyed these games as much as I am here sitting at 22, thank you so much.

OMG I remember this , from when I was at the end of my school back in '00 or early 01, i feel a little said that the old site is dead because of adobe... i never liked that company.....

this is TL;DR because of Nostalgia so don't feel bad for not reading the whole thing

i remember I was reading a webcomic on my school computers, ( cant remember which one) that linked to it,  this "Drowtales" and "broken saints" were my 3 most visited in those days (Drowtales is still  in my top visits tho :)

anyway, this was such a mystery  to me for such a long time:

"what was it trying to say (the in game story and the "moral"of the story)?"

"what else was on that site?"

Since i didn't have access to internet for a LOOONG time i had to rely on Library and Net cafe's but i couldn't find ANYTHING, the comic that linked it was long gone and no one seemed to even be aware of it not even

I forgot about it because of IRL  stuff  but  after watching CHILL FUEL's "Perplex City" on youtube, i remembered; and decided to look for it again. though i didn't think i would ever see it  again much like a few other indie  and flash games i remember from that time, hilariously i accidentally typed vector park on the wrong KB   which was open on itch  ( the other is a windows machine).

:)  i cant give a proper review because too much nostalgia for me but,

i feel like this was an early test to see what was possible in terms  of flash and creativity  on the "early" net .
. it kinda blew my mind back then- it was so different (compared to the AAA's like Mortal Combat, FFVII, Mario bro's.. etc)

the graphics and gameplay were smooth

(not pixely or blocky or laggy common for the time)

it has a chill vibe and alternative game play, that might have even been the first of its kind
i've only encountered this style very recently  from "big name" indie dev's trying to do something different than "hack/slash/grind"

I had fun, thanks

PS: it it cool to tell me WTH was going on now? 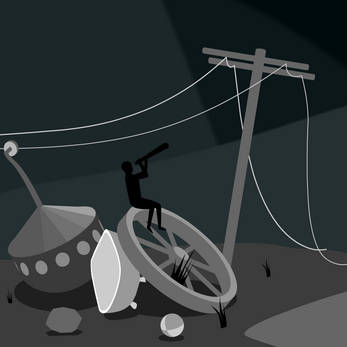